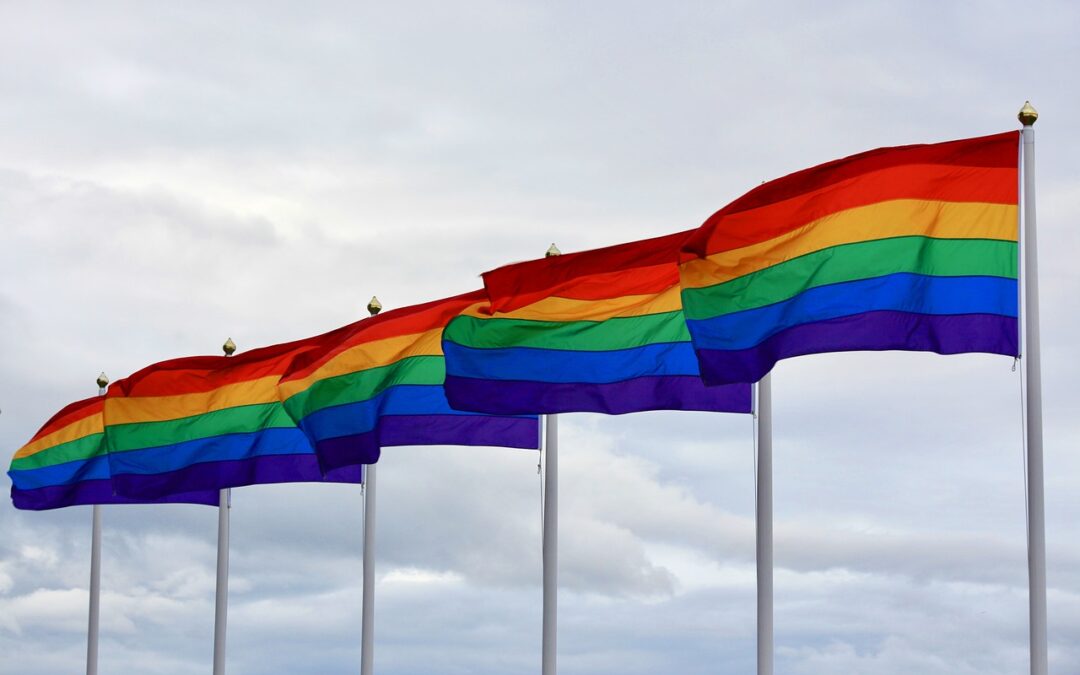 I understand LGBTQ to mean lesbian, gay, bisexual, transgender, and queer (or questioning). Now add all those who commit oral and anal sex which includes heterosexuals to that group and you will see “the world”. When the Bible says, “come out of the world” it is this world God is speaking of. When scripture tells us “if we are a friend of the world we are an enemy of God” “the world” is referring to the sexually perverse. “The world” is made up of all those who practice Satan’s sex and they are enemies of God. The end of the world is the end of Satan’s world of the sexually perverse.

Take some time to think about how different life will be when sin ends. Promoting this sinful lifestyle as many did in the 60s is backward thinking. It only made life more hurtful. America has been in a moral free-fall since the sixties. Our political, religious, legal, educational systems and family values have all been affected. We must end sin, not promote it if we want a better life for our children and grandchildren.

In Romans 1:29-31, God tells us what comes out of the minds of those who practice the sex God forbids. The list is long. I will mention only two from that list–murder and unnatural affection. When heaven comes to earth, murders, incest and child molestation will never happen. So you can understand why there will not be a LGBTQ community on earth when we all arrive at heaven on earth. For murder and child molesting are sins that come from the people who practice the sex God forbids.

There are many promises given to those in the world when they leave the world behind and return to God. One promise is found in Hebrews 8:12, “For I will be merciful to their unrighteousness, and their sins and their iniquities will I remember no more.”  When the order goes out for all humans to repent, and all do repent, God will not remember your sins. When people repent they confess their sins one to another.  This means the sinner is speaking and others are listening. Repenting will end the hiding. God will forgive and forget all sins. Add to that; all people must forgive one another. “But if ye forgive not men their trespasses, neither will your Father forgive your trespasses” (Matthew 6: 15).

Be kind to each other as stated in Ephesians 4:32, “Be ye kind one to another, tenderhearted, forgiving one another, even as God for Christ’s sake hath forgiven you.”  If God isn’t going to remember your sins and you will be forgiven by all those you sinned against it may be wise to forget the past and move on into the future. This should also reduce the amount of sorrow, guilt and remorse the sinner feels.

Heaven on earth is a promise from God for John the Baptist said, “Repent ye: for the kingdom of heaven is at hand” (Matthew 3:2). Jesus said:  “Repent: for the kingdom of heaven (on earth) is at hand” (Matthew 4:17). Yes, the day will come when we will have heaven on earth, and we know what needs to be removed for heaven to be a reality. To believe Jesus came 2000 years ago to put an end to sin is not logical. There is no evidence that sin has ended; and no evidence of deliverance from this sin. All those in “the world” have been in bondage without deliverance. This slavery will go on until the last days. For we are told “God hath concluded them in unbelief, that he might have mercy upon all” (Romans 11:32). Mercy will come at the end—not before. It is not possible for the world to end with no belief in God while at the same time Christianity is saving the world?

Yes, we can expect the first coming of Jesus in the last days when no belief in God is the normal.  His truth will end the bondage of sin.   “All the ends of the world shall remember and turn unto the Lord: and all the kindreds of the nations shall worship before thee” (Psalms 22:27).

“Fear not: Behold, I bring you good tidings of great joy, which shall be to all people” (Luke 2:10).

Great joy to all people means no one will be left behind.

Image by Jasmin Sessler from Pixabay