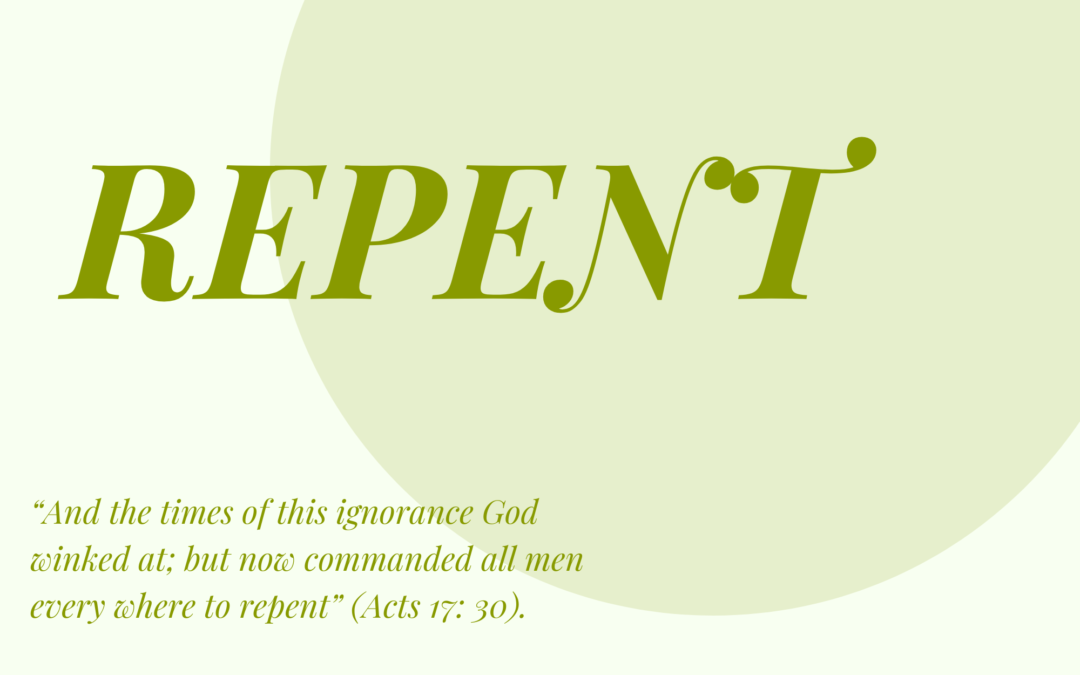 “And the times of this ignorance God winked at;

but now commanded all men every where

“For God hath concluded them all in unbelief, that he might have mercy upon all” (Romans 11:32). Notice the good news; God will have mercy on all people. Mercy is compassion, pity, forgiveness, sympathy and kindness.

Those who commit oral and anal sex believe in Satan. Evil began in Eden with Adam and Eve. God only made vaginal intercourse. So, consider the condition of humankind in the last days: God will conclude the world with no belief in God. When all people commit evil, this will result in almost all people being like those in Sodom and Gomorrah. In the last days there will only be a remnant, a few, who do not practice Satan’s sex.  “Except the Lord of hosts had left unto us a very small remnant, we should have been as Sodom, and we should have been like unto Gomorrah” (Isaiah 1:9). A remnant if left at the end. So, when we look at humankind today do you feel like most people believe in Satan—evil, and only a few believe in God?  Are we close to God using kindness to put an end to this wickedness? Yes, we are. “God shall bless us; and all the ends of the earth shall fear him” (Psalms 67:7). To fear God is to hate evil so this verse is declaring all the ends of the earth shall hate evil. Sin will end. God is good. God is kind.

God will conclude the world in unbelief, no belief in God, so it is only logical that Jesus is promised to come in the last days as stated in Isaiah 2:2, “And it shall come to pass in the last days, that the mountain of the Lord’s house shall be established in the top of the mountains.…and all nations shall flow unto it.” This will be the first coming of Jesus when he puts an end to sin. Jesus will read the woes to the hypocrites to those who built this end time Christianity where so many people practice Satan’s sex. It is illogical that Jesus would build a church where those who call themselves Christians practice Satan’s sex.  Didn’t God disapprove of Sodom and Gomorrah? Would Jesus override God? NO!  It is impossible for Christianity to be bringing all sinners to God at the same time God is concluding the world in unbelief?

How do we kindly reach the place where all people serve God? The population of the earth is 7,800,000,000. That is 7 billion, 800 million and only a few serve God. Jesus will see this end time generation as vipers—children of Satan. Vipers are snakes. They look like the god they serve—Satan. “O generation of vipers, how can ye, being evil, speak good things” (Matthew 12:34)?  How is it possible to bring 7 billion 800 million people who have departed from serving God back to serving God? It does seem impossible. How do we convince all humans to repent, for that is what God tells us to do? “And the times of this ignorance God winked at; but now commanded all men everywhere to repent” (Acts 17: 30). All includes the pastors of this end-time wicked Christianity. And again, Jesus tells all to repent, “Repent: for the kingdom of Heaven (on earth) is at hand” (Matthew 4:17). Sin must end to achieve heaven on earth.  Unnatural sex is sin. The methods of communicating are more abundant now than in the past, word of mouth, the written word, radio, television and of course the internet. Maybe it won’t take as long as we think it might.

Where will repentance begin? It will begin within this present-day Christianity.  The Christmas story tells us that Jesus was sent to the shepherds who were watching over their flocks by night. Shepherds are pastors who are watching over their flock, their congregation, at night—in the darkness—before the dawning of a new day—the day of the Lord. Jesus brings the truth, the light that will remove the darkness. When the Christians of today repent God will begin a movement to heal our land. During the many years I spent within today’s Christianity those who repented would kneel at the altar and quietly and secretly confess their sins. And we know they did not repent of Satan’s sex, but only lesser sins. In the last days when a person repents, they will be speaking out loud and others will be listening as stated in James 5:16, “Confess your faults one to another, and pray one for another, that ye may be healed.” This means sins will be confessed out loud while others listen. This will end the hiding. The silence of the past will end and all sins will be out in the open. Then everyone must forgive one another.

Many of the sins that need to be confessed could result in a prison sentence. For example, the priests who molest boys, the Boy Scout leaders who molested boys, incest, child trafficking and molestation and all who have committed a crime.  At this time of repentance, we will be instructed to forgive. “Take heed to yourselves: If thy brother trespass against thee, rebuke him; and if he repent, forgive him. And if he trespass against thee seven times in a day, and seven times in a day turn again to thee, saying, I repent; thou shalt forgive him” (Luke 17:3-4). When a person is forgiven no legal action is taken. All is forgiven. And God tells us if you do not forgive others God will not forgive you. “But if ye forgive not men their trespasses, neither will your Father forgive your trespasses” (Matthew 6:15).

The Christianity of today, the pastors, will begin a movement to end sin—first in the church and then in our land. The San Francisco book reviewers gave my book 5 stars and said the following, “Overall, her theme is that, even as denominations, we should put our differences aside for the Body of Christ. Every church needs to put aside its own doctrine and replace it with the doctrine of Jesus Christ: the law is from God and the law will unify the churches in truth.” In each commandment chapter, Taplin is very descriptive and detailed, which I appreciate. She points out that to get to the right place with God, we have to return back to him, and that requires looking inward at ourselves. We can no longer blame others or things for our actions. I love how she ended the book stating the Lord’s Prayer.
If you are looking for a good discussion of the Bible, I suggest you pick up this book. Reviewed by Tamara South