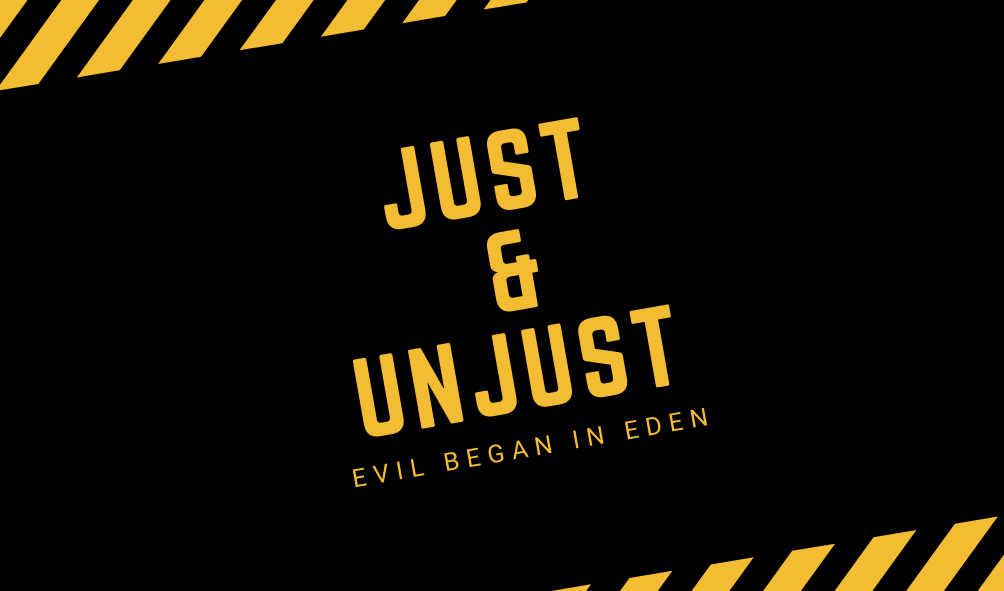 Regardless of how many Christian denominations, religions and beliefs there are, there are only two powers available for humans to serve—either God or Satan. In Scripture that truth is proven in the stories of Noah, Lot, heaven or hell, truth or lies, holy or profane, upright or fallen, good or evil, the just and the unjust and the tree of good or evil in Eden—only two choices.

All children on planet Just are born just and holy and would be taught to remain just and not to commit evil. They would grow up, grow old and never depart from God. They would learn holiness and righteousness from the examples of their parents, the just environment, and just leaders who hate evil. Only just people would teach in our schools and universities. No one on planet Just would be unequally yoked together with a foolish person. Marriage would be perfect; the way God intended it to be. There would be no violence, war, murder, child molesting, drugs, gangs, etc. Life would be perfect. Happiness is the normal on planet Just.

Some characteristics of the Just:

“But the path of the just is as the shining light, that shineth more and more unto the perfect day” (Proverbs 4:18).

But we know there is no planet Just. God put the just and the unjust together on planet earth. There is no planet where the just can live without the unjust. Here on planet earth all people begin their life as a just person—upright and holy. God tells us to teach our children to be just and to remain upright. Satan tells those who serve him to teach all people to be unjust—to practice oral and anal sex. Today, Satan’s sex is being taught everywhere from kindergarten to the elderly.  The unjust are ruling. The unjust have departed from God and they have departed from wisdom. Even though they profess to be wise they are the foolish. The unjust are the majority today.

How can we make earth a planet of the just? Consider where we are. God said he would conclude the world in unbelief. He said in the last days it will be as it was in the days of just Noah—only a few just people on this earth. God said he had to shorten a day or no flesh would be saved. Yes, the unjust and their foolishness is everywhere. Even the Christianity of today is ruled by the unjust. Many denominations will marry and ordain the unjust. Just recently Pope Francis became the first Pope to endorse same-sex civil unions.

Justification:  is to be made just again. When the unjust repent and return to being just they will be experiencing justification.

TION:  A suffix meaning: the act of: (correction), the state of being (elation), the thing that is (creation).

JUSTIFICATION = IS THE ACT OF CORRECTION WHICH CAUSES ONE TO BECOME JUST AGAIN.

The purpose of Jesus.