The Prodigal Son A Far Country 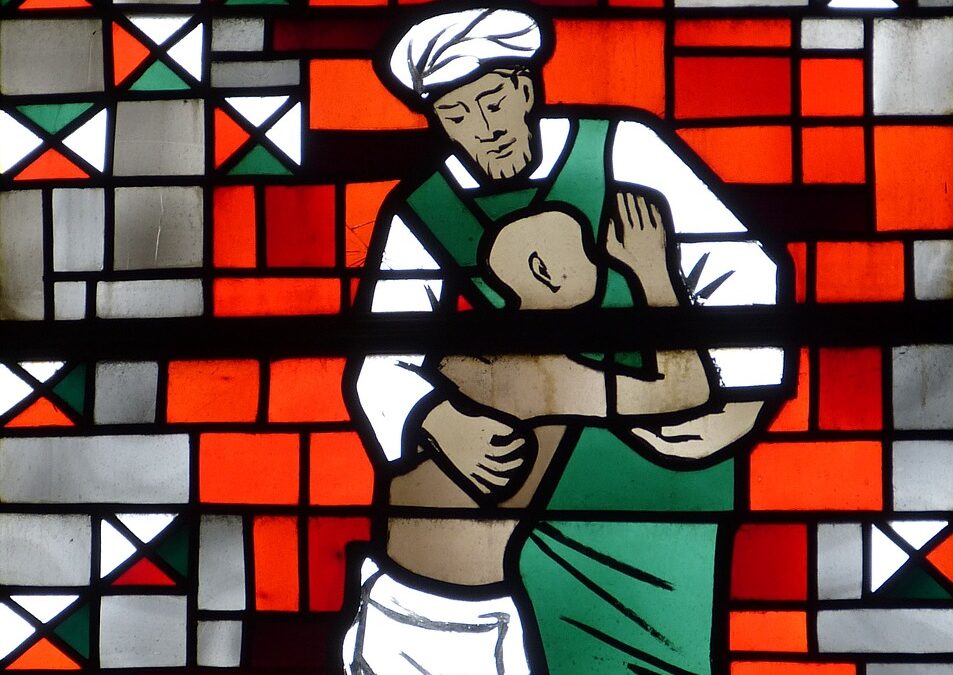 I use the King James Bible and from time to time I will use a cross reference. The cross reference will give more information on the verse in question.  One example:  In Genesis 1:1, “In the beginning ® God created the heaven and the earth.” The cross reference indicated by the ® sends me to Revelation 4:11 to explain more about the God who created and it states, “Thou art worthy, O Lord, to receive glory and honour and power: for thou hast created all things, and for thy pleasure they are and were created.” This provides more information about God.

One commonly known story in the Bible is the parable of the prodigal son…one father and two sons. A parable is a story that communicates a spiritual truth. This is a picture of God and the two sons represent humankind. All people can be divided into two groups; those who believe in God and those who believe in Satan. The older son believes in God and remains with God. The younger son leaves his father’s house. “…the younger son gathered all together, and took his journey in to a ® far country, and there wasted his substance with riotous living” (Luke15:13). The cross reference to explain far country sends me to several different scriptures to explain a far country. Two of the cross references take me to the first chapter of Romans. ® Romans 1:21, “…became vain in their imaginations, and their foolish heart was darkened.” The first chapter or Romans is speaking of those given to unnatural sex using words such as men with men burned in their lust one for another.  And ® Romans 1:24 states that truth more clearly, “Wherefore God also gave them up to uncleanness through the lust of their own hearts, to dishonour their own bodies between themselves.” (The sexually perverse).

In this story all those who followed Satan are called prodigal sons. Once again may I repeat, in the last days the population of the earth can be divided into just two groups of people, the remnant—a few, and Sodom and Gomorrah, the masses. Those who commit unnatural sex (those in Sodom and Gomorrah) in this parable are called prodigal sons. They have gone far away from God, their father.

God does have a plan for the prodigals. He plans to celebrate when they return.  The prodigal saw his situation and said, “I will go to my father and say to him, I have sinned and am not worthy to be called thy son.” Again he says, “I have sinned against heaven, and in thy sight, and am no more worthy to be called thy son.”  From far off the father saw him coming and had compassion, ran to him and kissed him.

His father planned a celebration upon his return. The elder brother was saddened that his father would give this wicked brother a party. “…He said, Lo these many years I have served thee, neither have I transgressed thy commandment” (Luke15:29). The elder brother would be one of the remnant. God said to him the elder brother, “…Son thou art ever with me, and all that I have is thine.  …But we should make merry and be glad: for this thy brother was dead, and is alive again; and was lost, and is found” (Luke15:31-32).

This parable is a story picture of God the father of mankind celebrating the return of his children who departed from Him to serve Satan.

Image by falco from Pixabay