The Consequences of the Original Sin 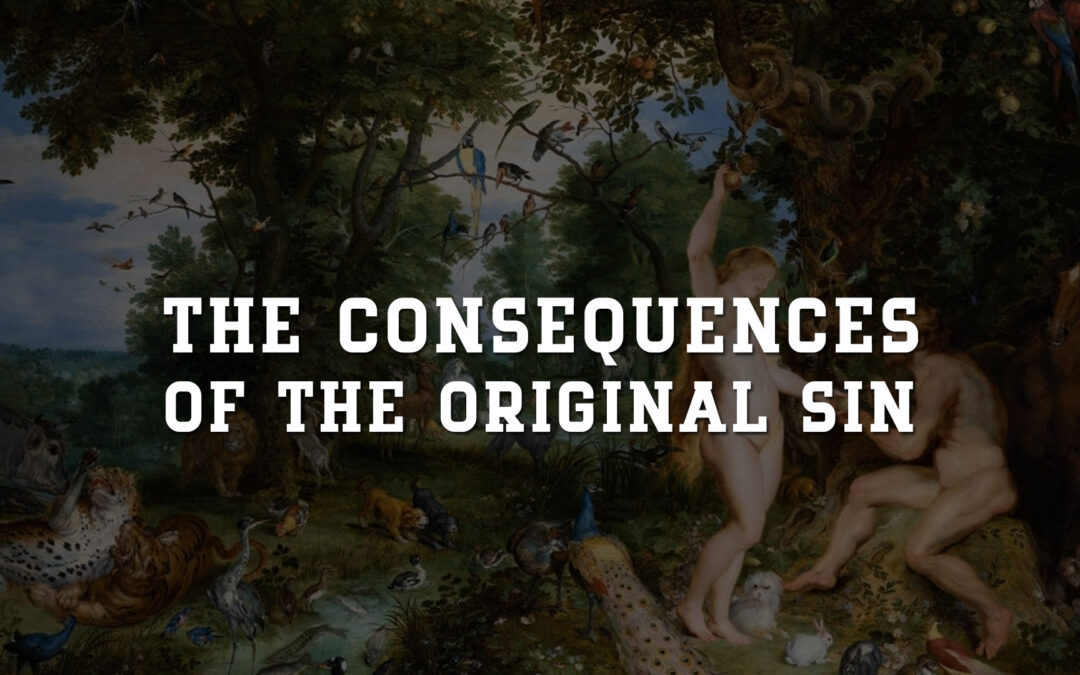 The Consequences of the Original Sin

What is the original sin? We all know that the original sin arose from Adam and Eve’s transgression in the Garden of Eden; however, it was never clearly defined what sin it was. Many have declared what the first sin in Eden was—all of which differ from another—but only Marilyn Taplin’s definition of the original sin was the most sensible, realistic, and logical one. This confusion and varied notions may have developed from the Bible speaking in parables, but Taplin offers to shed light on the actual original sin. According to Marilyn Taplin on The Original Sin in Eden, Adam and Eve both committed an act of oral sex, one to please the other. This is a sin that was, always has been, and still is a sin; and the root of all our problems today.

It is a misconception that “we are born sinful” or “we inherited a sinful nature.” In fact, Marilyn Taplin is convinced that we are all born upright, holy, and good. However, the consequences of the original sin can still be felt today. We are given the same decision Adam and Eve was bestowed with: to follow God or follow Satan, there is no in between. And we, unconsciously and consciously, make the same mistakes as them.

Despite knowing that the first man and woman sinned, people continue to sin since many didn’t understand why Adam and Eve were expelled from the Garden of Eden and grasped the consequences of the original sin. Thus, it is only right to inform everyone what they are. And only then can we be completely corrected so we can find the paradise here on Earth.

In the beginning, God communicated with our ancestors directly. When the first sin was committed, a partial separation from God occurred. We also sinned. For that reason, we have a decreased connection and awareness of God. To sin means walking away from God. We lost self-control that came from God’s strong presence, sacredness, and goodness. The lowered divine connection increased mankind’s sensitivity towards sensual desires and passions, interest in power, material possession, overindulgence, and self-assertion. Although God’s presence has diminished, He did not completely withdraw away from human beings. It is up to us to recognize sins and repent from them.

The beauty and harmony of God’s creative plan were disrupted and shattered due to the original sin. On the accounts in the Bible, God gave Adam and Eve the gift of freedom meant to draw them closer to God, to each other, and their assigned destiny. All God asks of them is to recognize their limitations and trust in His Word. But temptation lured them away from this, failing God and disobeying His command. They were driven away from Eden, losing paradise and its gift.

Nonsensical and illogical notions of what the original sin was made us subject to ignorance. If we are given no explanation whatsoever, then we have not been given the knowledge we need to find the path out of the wilderness (Taplin 6). This statement proves that we are subject to ignorance. Without an accurate explanation and answer, we will continue to wander on Earth, hopelessly doomed forever. Our natural power of knowing and loving is wounded that we became ignorant, making it hard to solve the root of our many problems.

Why is it that even if we have the best intentions, we find it difficult to always do what is right? The consequences of our first parent’s sin continued to affect generation after generation. We’re never going to fully achieve strength, only a weakened nature susceptible to influences of evil. The original sin deprived us of the original holiness and justice and a straight path to God and virtue. As stated in A Law from Eden, life’s difficulties, hurts, and inequities all generate from the sin that first began in Eden. With no explanation of this foolish, basic, root source, it is altogether impossible to solve the majority of the secondary problems created by its presence (Taplin 4).

The original sin has wreaked havoc ever since. Sin destroyed Adam and Eve and Eden. Sin has corrupted people, and the law of God is slowly forgotten. This original sin has caused today’s mankind to think backward, which keeps us from moving forward. God has always wanted us to move in a forward direction to bring peace on Earth. And the longer we wallow in sin pulls us farther from the peace we longingly want and away from God. It’s safe to assume that the first sin explains why there is so much wrong in the world created by a perfect God. This also supplements the reason why only knowing can save our souls.

A change of direction is required before advancement is possible (Taplin 3).